So last week for Meatless Monday I talked about trying new veggies and exploring new ways to enjoy these veggies that I either didn’t used to like or had never even tried before. I’m going to continue with that theme this week. 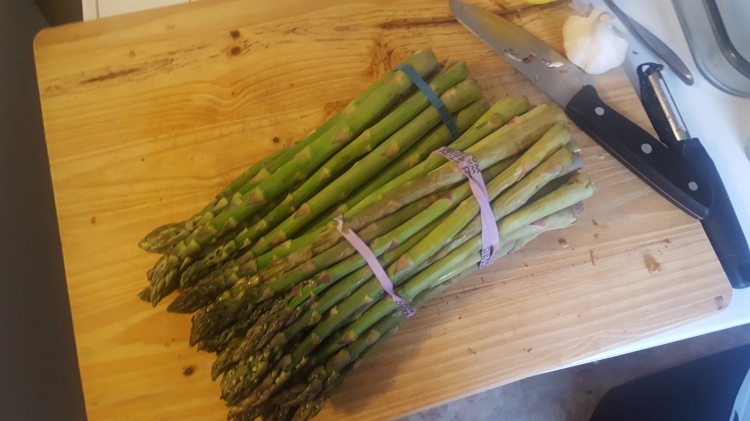 No seriously until last week I have never had asparagus. I’m not a fan of green beans so for whatever reason I associated that with I won’t like asparagus either. 💁

I’m always looking for recipes and exploring pintrest and I kept coming across roasted asparagus and so finally when I was at the grocery store I bought some. My mom and my sister both like it so I knew if I made it and it turned out I wasn’t a fan that they would eat it and it wouldn’t be wasted. Oh if there’s anything I truly hate its wasted food! 😥

Now I didn’t just make asparagus I paired it with roasted potatoes and mushrooms as well. Here’s how I did it.

And the best part about it? I LOVED the asparagus! This is normally a side dish but with the potatoes and everything I had a delicious veggies bowl for dinnnler and was completely full!

Haven’t decided which veggie to try next if you have any ideas I’m open to them! 😊