So, as I was out shopping with my mom earlier today and we were getting all the things we needed for the super bowl, she was so worried about what I was going to have. She still can’t remember that I always find something to eat! I always have a substitute for whatever she’s making my brother and sister.

BUT ANYWAYS I was just making my vegan brownies for tomorrow (Which I made because they were requested! How cool is that?!)  and I thought let’s make a quick and easy last minute super bowl snack post! So I compiled a few ideas! & Google and Pinterest are your best friends to find the exact recipe that works for you! 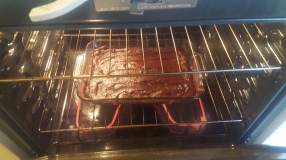 -If you didn’t mention they were vegan I can almost guarantee no one would know the difference!

– I LOVE these. A simple flour salt and garlic mixture and a sauce, buffalo, BBQ, whichever you want! There are SO many varieties and recipes, use google or Pinterest to find what works best for you!

– My sisters been begging to get pigs in a blanket so for the supe rbowl my mom agreed and again she was worried about what I was going to eat… and I said the same thing! So we bought Smart life vegan hot dogs, which I’ve never had, and then bought some tofurkey Italian sausages to try too, just in case I turn out to not be a big vegan hot dog fan. We’ll wrap those up in Pillsbury original crescents and BAM vegan pigs in a blanket! 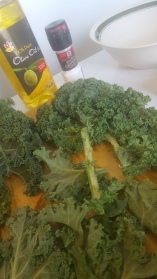 -make sure kale is washed and dried completely!

-Cut the kale from the stems and into “Chips size” pieces.

-Place the kale in a large mixing bowl and add the olive oil, tossing to coat.

-Sprinkle with salt and garlic powder, then toss again.

-Place in a single layer on a baking sheet and bake for about 8-10 minutes.

-Wash the kale, dry the kale, cut the kale, toss it in olive oil and salt and bake in the oven for about 8-10 minutes at 350 degrees! How easy is that?!

-Scrape the sweet potato out of the peel, leaving a thin layer inside with the skin so that it can stand up on its own.

-Coat potato skins with a drizzle of oil and bake for about 5 minutes to get a crispier outside. Remove from oven and fill each skin with the sweet potato and top with shredded cheese. Bake again for 10-15 minutes, or until cheese is melted and filling is warm!

– I’m not a big fan of sour cream or onions so I plan to just make a sweet potato with daiya shredded cheese but I’ve seen recipes where you can cook up onions and garlic to mix in with the sweet potato! I’ll possibly cut up some of my vegan bacon to go on top myself!

Tostito chips and Hummus, Veggies and Fruit salads, and vegan chilis are other yummy easy ideas!

and in case anyone was wondering I’m a Die hard Dallas Cowboys fan ❤ and I live in New England… but I hate the Patriots and are 100% going for the Atlanta Falcons to get that super bowl win tomorrow!! 😉