Honestly you guys I thought this was a really amazing weekend to be a wrestling fan. As i’ve seen on social media not all of you will agree, BUT, personally I thought it was all pretty great.

I was going to put the Takeover and Rumble reviews together but i realized how long and annoying that would be so after i get this one done, the Royal Rumble review will be right behind it!

First of all, congratulations to the NXT year end award winners. Basically all my personal winner won so that was super exciting.

Billie and Peyton- Breakout Star of the year. 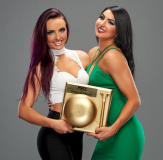 DIY vs Revivial- Match of the year.

Revival- Tag Team of the year

Nakamura- Male and Overall competitor of the year

Asuka- Female Competitor of the year.

Who doesn’t have a picture because Billie and Peyton stole her award. 😉

So sad to hear that Corey won’t be doing NXT with Phillips anymore! Their duo is definitely my favorite BUT it’s also really exciting to see Corey have all these opportunities because he really is great at all the projects they have him do.

Now onto reviewing the Takeover Matches! 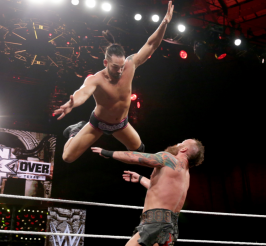 6. Seth Rollins hijacks the show to call out HHH.