So my last post was all about Netflix, and I felt like Hulu needed some love. I am not as big on Hulu than I am on Netflix, BUT Hulu has some incredible TV shows that I’ve loved in the past, and it was important to share these gems.  Just about every single show on this list is an older show, one just recently ended, and only one is still on TV. But every single one are shows that I absolutely fell in love with, and most are those kinds of shows that I can watch random episodes over and over again.

So, lets get into this.

I love sci-fi, fantasy kind of shows, and this one is right up my alley, with a twist. It is based on the books “The Mortal Instruments” by Cassandra Clare. They hunt demons, but it’s a whole institution, some are angel hybrids, there are vampires, love, werewolves, and so much more. It kicked off on Freeform network and unfortunately got canceled. They got their own kind of ending, and I personally thought it fit perfectly, so you don’t get left hanging, but if this is your kind of show, it runs three seasons with an incredible cast and is definitely worth the watch.

I am truly obsessed with this show. I’ve watched the entire season three times start to finish. I’m sure you’ve heard of this show at some point in your life because it is still wildly talked about or referenced even if it’s been off TV since 2001.  Sarah Michelle Geller is so incredible in this role, and it is absolutely one of those shows I can watch random episodes at any time. To me, it’s also a classic in this genre of TV and truly much watch as a fan of this kind of show.

Oh, what a show, what a show, what a show. The writing in this show is one of my favorite ever. I didn’t watch this when it was still airing, it was only about maybe three or four years ago that I finally jumped on the train and I truly enjoyed the ride. It has incredible music, I’m obsessed with the females on this show, and it is truly such as vibe. There have been some negative vibes about the showrunners and atmosphere, but the cast and the stories told are amazing, and if you’re a fan of drama shows, teen drama shows, this really is a classic.

This show is one that you absolutely have to pay attention to, it’s as if every single little thing is majorly important somehow. I’ve seen it once, and I honestly think I need to binge it again soon to really get the full vibe of it. The writing and the story as a whole and the way it’s told is mind-blowing. It’s certainly a classic that I think everyone should take a chance on. It ran for six seasons on ABC and is comprised off stunning casts such as Evangeline Lilly, Josh Holloway, and Daniel Dae Kim.

This is the one show on this list that is still on TV right now. Currently in it’s sixth season on TVLand, this show is the ultimate treasure find and guilty pleasure. Set in the world of publishin the incredible cast navigate their professional and personal lives in the city of new york with a spin. The cast is comprised of Hilary Duff, Sutton Foster, Peter Hermann, and Nico Tortorella to name a few. It was also created by Darren Starr who also created Sex and the City. I found this show on accident, simply just scrolling around looking for something and I got so luck with this gem.

I am 26 years old and this is one of my all time favorite TV shows. I’m obsessed. I started watching this when I was younger with my nana, she loved it, and I was with her constantly and it stuck with me. I’m sure you’ve probably heard of this incredible sitcom and I recommend taking a chance because it is so funny. Four older women living together in Miami, all with different personalities, bonding over cheesecake. Also, Betty White is in this show, and what a Queen she is.  I’ll take a marathon at any time.

Reba is another five star sitcom that I just realized was on Hulu. This is another show that I’ll watch random re-run episodes at any time. Reba McIntyre is an Icon country artist and she is hilarious in this show. You follow her, her children, her ex-husband and his new wife through an insane journey, that is also quite relatable for many. If you need some good laughs, and an insighful story, this is highly recommended!

Burn Notice ran for seven seasons on the USA Network. Following burned spy Michael Weston played by the amazing Jeffrey Donovan, Fiona, Sam, Jesse and company as they navigate Miami, the spy game, and so much more. This is thriller of a show if you’re in to this kind of genre which I very much am.

Awkward is your typical teenage comedy show that I watched right when I was a teenage and it was a wonderful escape. The main character struggles with identity, high school, drama, parents, bullying and everything else in between. The cast was full of fresh faces at the time and ran for five seasons on MTV. If you’re at that part in your life, looking to relive it, or know someone who might be into this, it’s a great watch.

I was a little skeptical about this show at first because I didn’t think that it was really my kinda show. I was dead wrong. It doesn’t help that Charlie Hunnam is a dream boat either. After the first episode I was totally hooked and there was no turning back. So much goes down in this show, so much emotion, just so much. Even if you don’t think you’d like this kind of rough, motocycle club vibe of a show, give it a shot anyways because it really is an incredible show.

I tell anyone I know who asks me for a show recommendation to watch this stellar show. I never, ever find a show on FOX that I like, but this one is such a different vibe that you just don’t see in any kind of TV show. Wentworth Miller, Dominic Purcell, and Sarah Wayne Callies star in this classic serial drama with more incredible castmates. Prison Break ran for four seasons and told an insane story in those four seasons ending in 2009. But four seasons wasn’t quite enough because years later in 2017 they brought it back for a sixth season which brought nine episodes of another incredible story. Do yourselves a favor and check this out.

While I was researching for this post I discovered that Saved By The Bell is on Hulu. I almost screamed. This was MY show back in the day. Every day before school, I’d get an episode or two in, on my grandmas couch with my breakfast jamming out to the theme song. It aired from 1989 to 1993, hitting their 30 year anniversary only a few days ago (and honestly being born in 1992, I feel quite old). It is only four seasons and I think I need another binge watch, a total nostalgia binge. If you never ever watched this show, maybe give it a shot. It’s based in a high school, with high schoolers and their principle but its a treat.

These shows on this list are some great gems, some throwbacks, and all around som great TV in all genres.

I know that Hulu has some top notch TV shows including originals that I need to watch. If you have suggestions, please share them because I’m looking to expand, for sure.

Next Post Coming Up: Some true hidden gems that are on Amazon Prime. 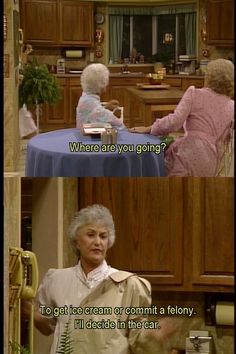