I haven’t done one of these in a while, so I thought why the hell not.

(End of PPV addition: I really picked a terrible time to decide to do a reaction post… 😂 but uh read it anyways 💁🏼‍♀️)

It might not be shocking but I haven’t been paying the closest attention to Raw and SDLive because when it comes down to it there are other things on TV, other things to do, and if I happen to miss anything there’s always Twitter and YouTube. That being said, I usually always watch the PPVs, I figure it’s easier to focus on the wrestling and not all the other junk that I really don’t care about. 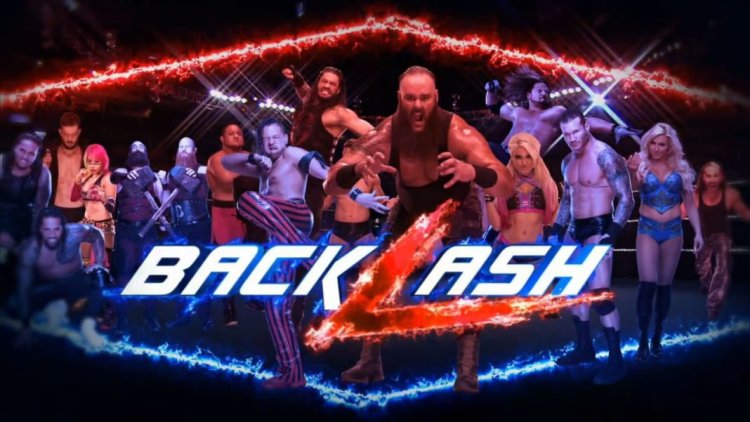 I gave this match an 8/10 only because it seemed a little messy in a few spots. But for the most part it was a great match. I’ve been a fan of ruby since NXT and seeing her rise on the main roster both with the riott squad and on her own in singles matches has been super exciting to watch. Can’t wait for more.

2. IC Title match between Rollins and The Miz.

This was exactly the kind of match that I’d assume you would walk backstage and scream follow that. Because it was outstanding. Easy 10/10 five stars match of the night? Probably? Yeah. Seth and Miz had an insane chemistry and from a leaked list of matches, if TJ Wilson (Tyson Kidd) truly did produce this match, please let him produce many many more. Absolutely amazing way to kick off this PPV.

As much as I love both of these women I did give this match only a 6/10. It was incredibly messy. It was clear they were trying to do new things, pull off new spots and I’m all for that, unfortunately it just didn’t seem like it all clocked enough. Luckily Nia came out on top, which is what I personally wanted, and I’m excited for her next challenge.

Gave this one a 8/10. It was a great match, for whatever reason I had a hard time paying complete attention to it. But like I said, great match.

At first I hated this. Because I wanted wrestling not talking. But as it went on and more people joined the fray it was actually a very entertaining segment. Elias certainly has the crowd where he wants them, and i hope it’ll carry into the ring and that he starts wrestling more and playing the guitar less.

Well, I didn’t think I’d ever not pay attention to a DBry match but this was rough. Big Cass constantly prancing around and putting his fist in the air was awful and took away from the match and not in the way cheap heel heat should. Bryan being able to lock in the yes lock on a man of Big Cass size was definitely impressive but I think I still only give it a 7/10. Sorry Bryan, certainly not your fault.

I love Carmella but the pitch of her trash talk and screaming… it’s a lot to take. Her submission, come of silence though? I freaking love it. Always have. I give this match a 8/10. It wasn’t bad, it wasn’t messy, but the pace was perhaps not my style? I’m not really sure. Incredible to see Carmella beat Charlotte clean though, excited to see what’s next for both of them for sure.

Well this may have been a no dq match but apparently ending in a double count out is not out of the question. This third Nakamura vs Styles match was great, but with a bullshit ending like this I have to knock it down to a 9/10. For a dream match for many watchers WWE has done a great job at ruining that. Styles and Nakamura were fantastic together, definitely better than their Mania match, but still not what I or probably anyone wanted to see in an ending.

9. Braun and Lashley vs Sami and Owens.

So I still can’t figure out why Braun isnt doing anything other than this… but can’t get caught up in that I guess. Fine match, probably 8/10 because Sami and Owens banter. And beautiful post match running powerslam by Braun to Kevin. Otherwise, nothing special.

Great opening to this match before the bell rang. But other than that? Joe turning the drive by into te clutch? Yeah that was cool. Roman gets the win to the surprise of no one ( and that snarkiness is coming from a Reigns fan) and I guess I’ll give it a 7/10.

All in all this show was not good. It was medicore at best. The opening match between Rollins and The Miz was the only match that not only lite up the crowd, but me as well. The rest? Eh. Many will blame Reigns for it, but that ridiculous, just about the entire show was awful. MITB is the next PPV, coming in six weeks. It’s one of my favorites, I hope WWE takes the next six week to figure their shit out, do better, and not ruin that one too.