Every PPV has it’s go home event, the Raw or SDLive before the show. For me, Battleground is the go home PPV to Summerslam for the SDLive brand. This PPV is more than likely going to set the stage for what we’re going to see come August. Especially in the case of the women, the way tonights PPV goes puts those in place for what they can expect for themselves, and what we can expect come Summerslam.

Here’s what I think about tonights Battleground PPV. 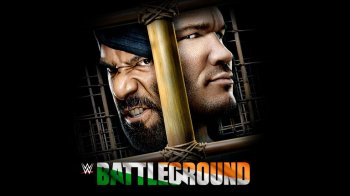