English vs Dillinger on the kick off was a fun opening match. Dillinger getting the win was the smart move, I’m interested where both superstars go next. I was surprised to see Nakamura vs Ziggler kick off the PPV but once it was over I see why they kicked it off. Such a good match, the slow start had me a little worried but that quickly changed as it developed into quite a story. There was at least twice where I honestly thought WWE was going to throw a MAJOR swerve and have Ziggler win but at the end of the match Nakamura proved he’s just as good as he says and even better than everyone knows.

Usos vs Breezango was a great definition of when comedy works well together with wrestling. Normally I hate it but for some reason this worked. It tied into the “fashion files” and the “undercover work” and it also was uses to throw the Usos off their game and it worked for a while. Unfortunately, as I predicted, it wasn’t in the card for Breezango tonight as the Usos were able to retain. With that said I’m still super proud of making all of this work and getting to this spot and making themselves into viable contenders for the gold. I hope someday they reach the gold because they both really do deserve it. Baron vs Sami was hard to watch because I like them both so much and it was hard to choose who really needed this win more. The two had an excellent match and the ultimate underdog struck again and Zayn pulled out the win, much to everyone’s surprise.

The women’s match didn’t end in Charlotte turning even though Becky tapped out to Natalya and that I was honestly shocked about. Maybe because it was too predictable so they’re holding off? Who knows. It was a good fun match that got all the women a little bit of action & with the welcoming committee getting the win the past few weeks didn’t amount to nothing. Kevin Owens vs AJ Styles, as I mentioned in my prediction post was my real main event and it certainly didn’t disappointed me. Normally I hate count out or DQ endings to matches like this BUT in this case I’m okay with it. I hope this means that they have a match at MITB and hopefully it has  a stipulation added too it! 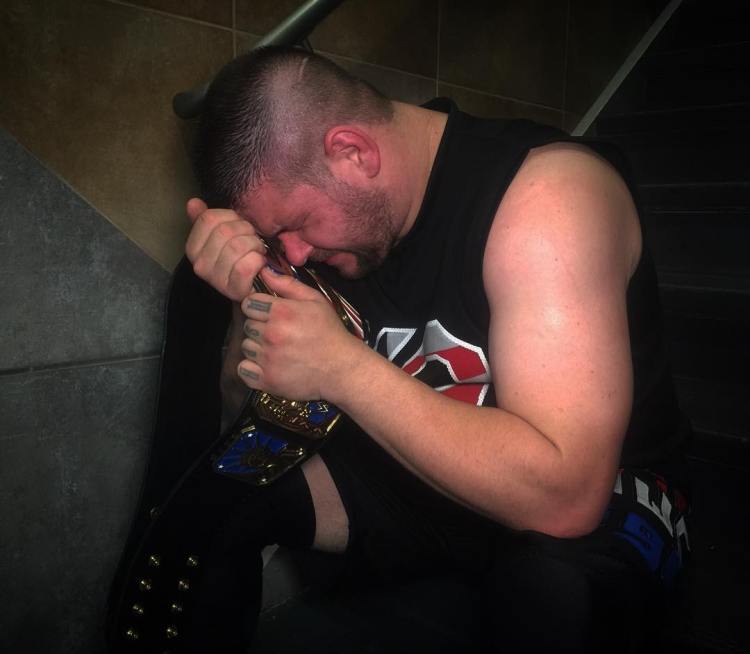 Erick Rowan vs Luke Harper was as good as anyone could expect.I thought Rowan definitely got a chance to shine and I was thrilled to see Harper get the win tonight. I hope Harper lands in a major feud soon and eventually a title feud because I think he certainly is that good. And then we come to Mahal vs Orton for the WWE Championship…  I almost got myself to believe that WWE would stick with Orton and have Rusev come in and attack… But nah. Well I will say that the match itself was actually super good and I didn’t expect that either. But Mahal as the WWE Champion for me? It does nothing and it doesn’t make me want to watch him anymore than I didn’t want too before he was in this main title picture. He’s not world title material to me and I don’t see that opinion changing anytime soon.

Well SDLive will be quite an interesting show with the fall out from tonight. It was a good PPV with some great matches. Looking forward to Tuesday for sure.