I’m as much of a sucker for a good TV friendship as I am for a good TV relationship! TVD had so many amazing friendships throughout the last eight years, some we easily saw and some not so much. Here’s some gifs, quotes and moments from some of my favorite friendships in TVD.

Talk about a friendship that was never suppose to happen. A vicious vampire and a vampire hunter…. who knew it could be such an amazing thing. 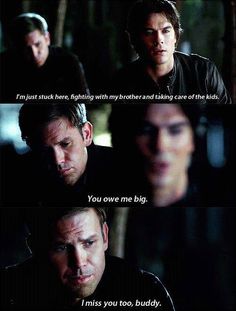 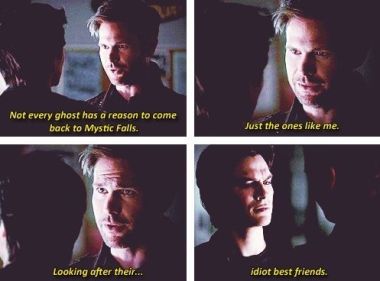 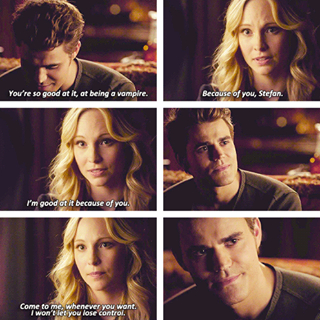 This friendship came out of nowhere and now it’s one of the strongest friendships TVD has ever seen. Bonnie is Damons best friend and we never thought we’d seem him care about someone this way that wasn’t named Stefan or Elena. 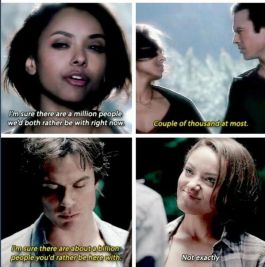 The mentioned friendships above are my personal favorites but there truly are so many special friendships through the show. Caroline and Alaric, Stefan and Elena ( yes they were friends eventually), Matt and Elena got there stride back, Bonnie and Matt was seriously underrated. Caroline and Tyler were great friends before Forwood was a thing. Alaric didn’t necessarily have a “friendship” with Jeremy and Elena but man it was something special. Damon and Liz had a great dynamic together, Jeremy and Matt we’re great, Jeremy and Elena had that sibling friendship much like Stefan and Damon eventually had. Even in the last season or two we’ve seen shades of a Damon and Caroline friendship and of course Enzo and Damon. And yes even Damon and Elena in the early episodes of TVD, they were friends.

Like I said i’m sure i’m missing many friendships but these were the first that came to mind, and the ones I particularly enjoyed. 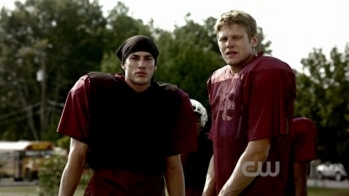 So here’s three cheers to the amazing friendships of TVD. ❤