I almost didn’t write this. I didn’t see a point of writing about something that was so dreadful to watch but then I changed my mind and decided yes it sucked but let me explain why I think this was NOT how you go into wrestlemania. I got an email from the “wwe fan council” as I do after most PPVs, asking my opinions on the matches and such and for the first time 90% of my answers were poor or fair and when I was asked to pick my favorite part I had to seriously think about it, when usually I have at least one thing I loved. 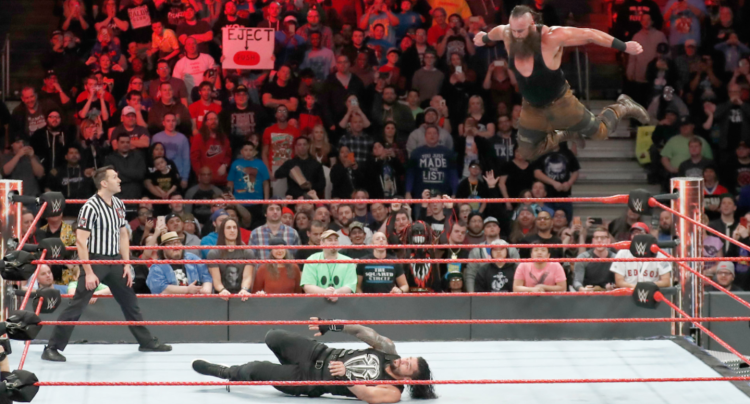 At this point it is almost impossible to think that Wrestlemania is in less than a month. It is almost impossible to believe that Raw and SDLive are both apart of the same company when they  couldn’t be more different. Never have I been so uninterested in a PPV that I didn’t even bother to hook my laptop up to the TV. I watched Harry Potter for the BILLIONTH time last night because I was more interested in that being on TV than I was the PPV playing on my laptop next to me. I’m PRAYING that Raw figures it’s shit out in the next few weeks. Raw has the talent they just have to do something with them or else you might as well call Wrestlemania the Smackdown exclusive PPV because that’s all Myself and probably a good amount of the WWE universe are going to be caring about.