Everyone loves the main TVD Characters but over the years we’ve had some really special characters join the show. I put together just a few of my personal favorite ones!

& have you ever heard any of Michael Malarkeys music?! It’s really fantastic. Scars, which was featured in a TVD epiosde this season is probably my favorite. Do yourself a favor and listen to some of his stuff.

You’re suppose to hate Kai. And I felt a hint of hate a few times… like when he killed Jo and the fact he’s the reason Elenas in a box and connected to Bonnies life. But this character is still hysterical… how is that exactly? That a character that goes around with an axe looking for two gemini young girls to murder can still seem precious…? It’s either we’re all crazy or Christopher Wood and the writers are just too damn good. Either way Kai has been quite the treat.

Oh Aunt Jenna, I wish she didn’t have to die… but then again if she didn’t could you imagine how insanely different EVERYONES lives would be on TVD? She was just a young aunt, trying to do her best to raise her sisters kids, and her niece happened to be the focal point of vamps and her new found love happened to be a vampire hunter…. I just loved the character.

“The Sun Also Rises” – Nina Dobrev as Elena Gilbert and Sara Canning as Jenna in THE VAMPIRE DIARIES on The CW. Photo: Bob Mahoney/The CW ©2011 The CW Network, LLC. All Rights Reserved. 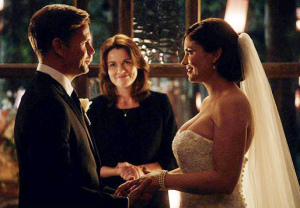 Jo brought so much love to Alaric which was something I loved seeing ever since he lost Jenna and the way we lost her… at their wedding…. Damn. Again just loved the character and the way Jodi Lyn O’Keefe played her.

sweet sweet but badass grams. I loved Bonnies connection to grams. She was so great and  no matter how many times I’ve seen the episode that she dies… I cry like a bitch every single time.

I love the humanity that Lexi brought to Stefan. I know she was a vampire but she was the rippers best friend you know? She could save him like no one else could and she’d do it 100 times because that’s what best friends do. She was a kickass women I wish was around more. 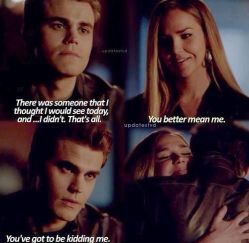 I had a love/hate relationship with momma Salvatore. I loved what she brought to the Salvatore brothers… seeing them interact with her….but at the same time I hated the pain it brought to them as well. Annie Wersching is simply fantastic.

If anyone besides Enzo almost got a post of their own it would have been Liz. A single mother trying her best to handle an entire town, it’s vampire problems and a teenage daughter. Marguerite MacIntyre is a gem. I loved her grown relationship with Caroline as the show went on, and I loved her friendship with Damon which I’ll touch on in separate post later on! I hated that they had her pass away but I love the way they did it, such a raw human death, and man do I cry every single time I watch it.