What I liked:
1.       Opening
–          I loved the opening video package for Joe/HHH/Rollins. Sometimes their video packages bring so much to a feud. The contract signing was also fantastic. I loved how unhappy Mick sounded and I loved how badass Samoa sounded and the suit thing? Perfect. The strong promo was great from him as well. I knew that Roman would be the one to come out and address Joe after Seth got hurt and I really like it. Joe threatens the whole locker room, Roman comes out, tell him to go ahead and threaten me. When Roman is trying to be all intimidating and uses less words and more facial expressions it really is intimidating!
2.       Bayley vs Nia Jax.

–          It wasn’t my favorite match but I’m glad it added something other than talk to the Charlotte and Bayley feud. I do hope that Charlotte retains though. I hated the whole she could only retain on PPV. Let’s switch it up.
3.       Akira Tozawa vs Drew Gulak 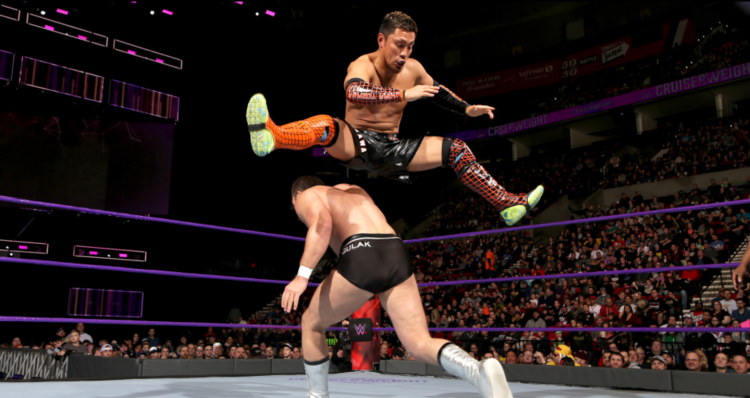 –          I really love Tozawa! His style is freaking fantastic. The shining wizard and the german suplex. It’s fantastic. Cannot wait to see more from him.
4.       New Day vs Shining Stars.

–          I am not a shining stars fan at all. BUT this match was actually super good! Xaviers missile drop kick and badass DDT was great. Big E’s power is always fantastic and I was even impressed by the shining stars! Good match all around

–          Jericho and Zayn are fantastic in the ring together. Even with the Owens interfering, it didn’t take anything away from the match. I Hope Zayn gets another rematch… I’d love to see him as US Champion!
6.       Aries Interveiw with Neville turned into a six man tag team match!

–          I was SO tired Monday night because I hadn’t slept the night before, but for this match I forced myself to stay awake! I was excited for it because I had never seen it, they’re two big powerful guys, both with something to lose in the match. We knew Braun would interfere, which needed to happen because no way either one of them was going to win the match clean. Absolutely crazy to see Roman get his ass kicked so badly though.

What I didn’t like so much.
1.       Braun in the 4 on 1. Annoying. It back tracked right back to a month ago when he was begging for competition. They could have announced Roman vs Braun in a better way than making the match. BUT good for those guys getting some kind of Monday night raw exposure…?

2.       The Kevin and Jericho thing was funny, They always are. My problem is this:
–          I can’t imagine Owens lasting longer than a minute in this Fastlane match with Goldberg. Owens and Goldbeg could be a fantastic match if they let it.. but they won’t. Goldberg destroyed Brock in 1:26. NO way they make Brock look even worse by having Owens last longer… even though he definitely should. I do not want Owens to lose to Goldberg. I don’t want Goldberg to take the title to Mania to face Brock. Not even a little bit.

3. Sheamus and Cesaro vs Karl and Luke

– The match, I just didn’t care for. I did love that Enzo and Cass were finally apart of some actual tag team stuff! That part was nice to see.

What I liked.
1. Great opening. 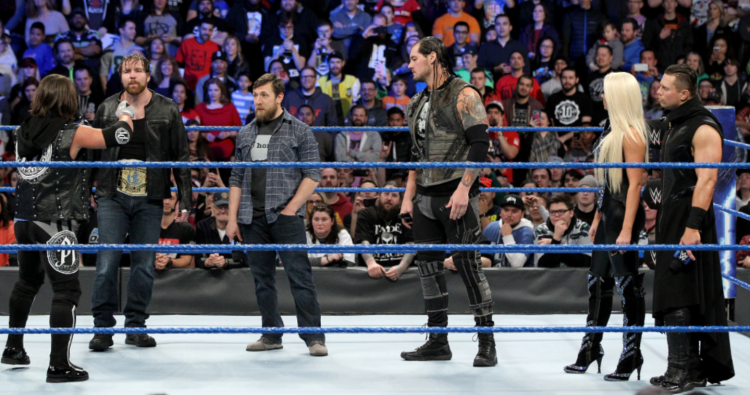 –  Always nice to see Daniel get such an amazing reaction. The Miz and Daniel with the back to back zingers. Baron, Dean and AJ  were great too.
2. Fatal four way. – absolutely fantastic. Styles, Miz, Corbin and Dean blew me away. It was really hard hitting. Deans bulldog into clothesline was amazing. Crazy to see Baron win but also super exciting. Really looking forward to the Elimination Chamber match.
3. Harpers promo about Randy… Love it. I love Harper working solo. Breaking off from bray. I really hope it sticks.
4. Doing Nikki and Nattie‘s interview via satilite with both girls in two different areas was great. It really added to the fact that whenever the two are near each other they explode. I cannot wait for their match at EC. should be hard hitting and explosive. 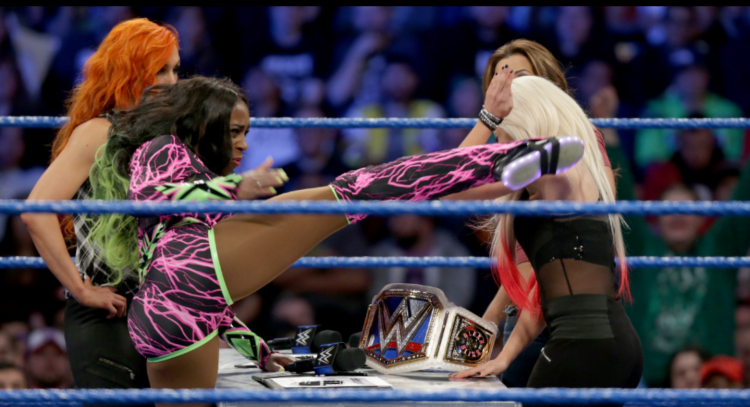 – this was really fantastic. I thought the promos from all four women was great. And Naomi’s kick over the table… Damn girl! 🔥 and the fact that we get three women’s matches at EC. SO EXCITING!

– the match was great. I was thrilled to see Viktor get the pin over Rhyno. It was unexpected. I wish this could be the start of something for the Ascension.
7. Randy vs Cena 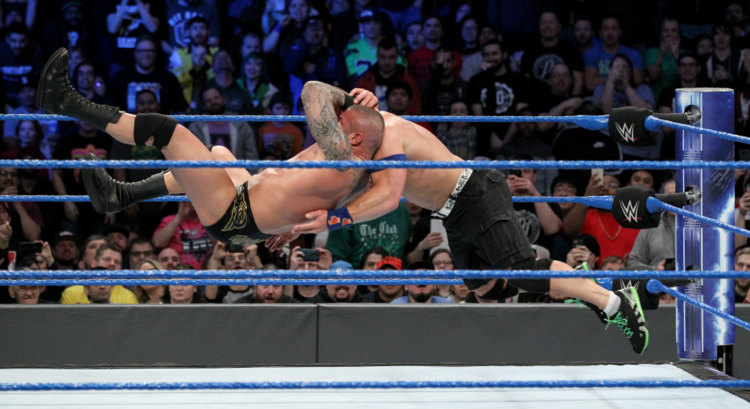 – I was really looking forward to it. I love their matches. They’re fantastic. Love all the counters because they know each other so well. I love Bray and Luke’s interference for once. As the champion it kept Cena on top, but didn’t demish randy. It added to Harper and Randy’s match at Elimination chamber which I cannot wait for because Harper actually has a singles match! 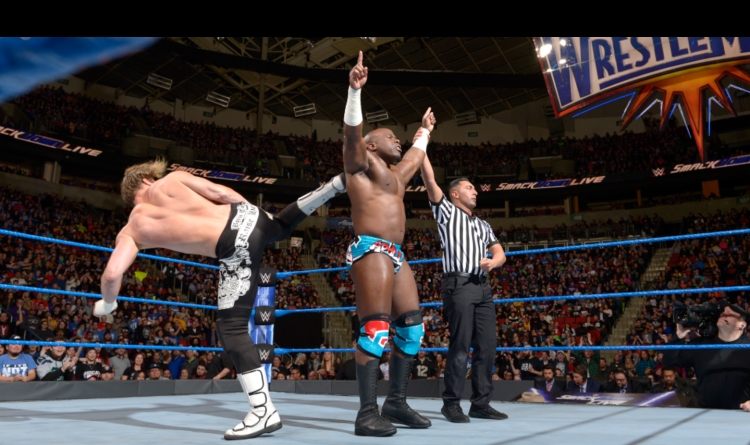 – now its not that I didn’t like the match. I just don’t totally understand what they’re doing with Dolph. I like that he finally fought Apollo instead of Kalisto. I’m not really feeling the 2 on 1 handicap match at EC though… I think all three of them could be doing something more.

The Elimination Chamber card looks amazing! I’ll have my predictions up between Saturday and Sunday morning! 💪